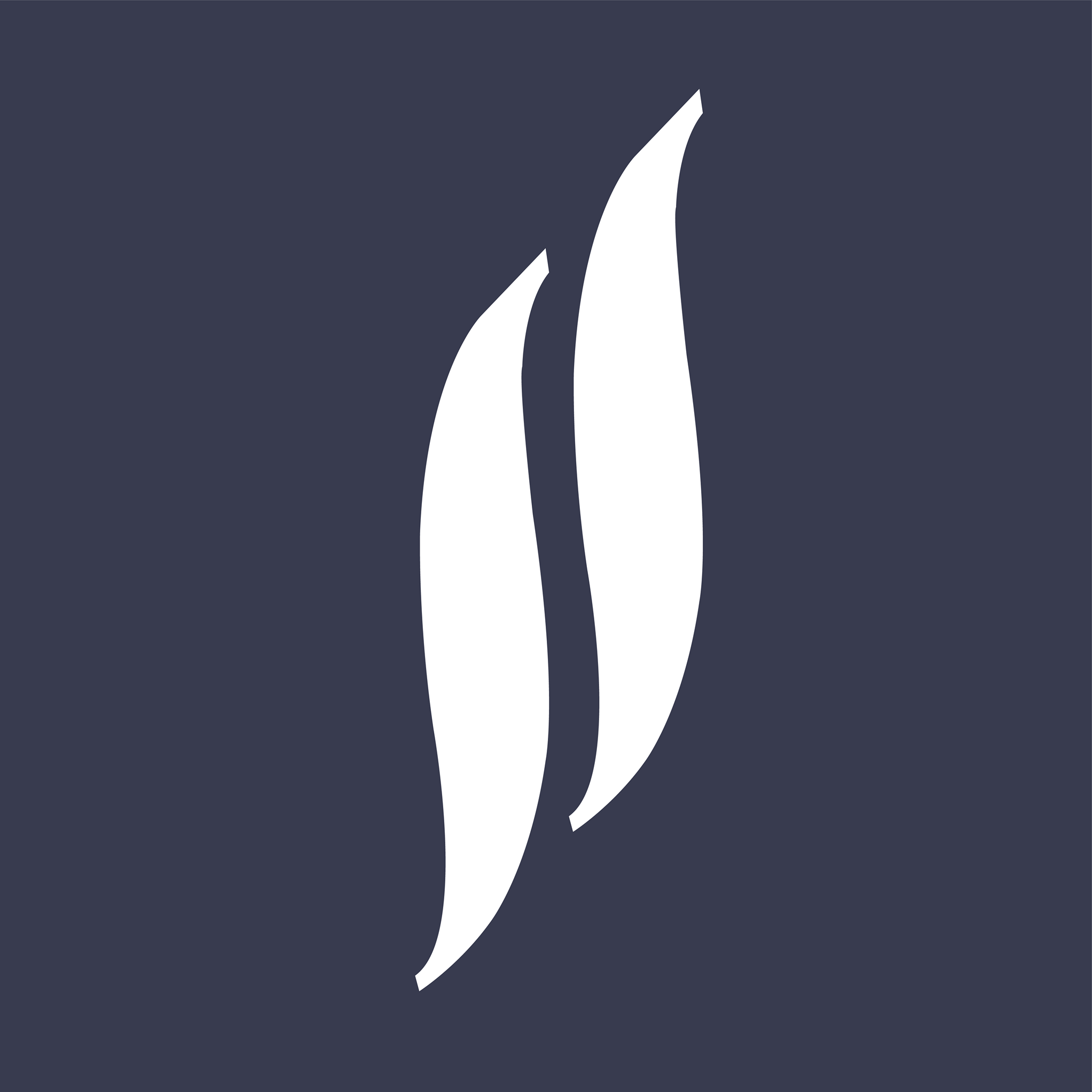 Steady State Studios' existence is a product of extreme chance, as neither of its owners never intended to have anything to do with weddings. Hi! I'm Jason, and in 2007 I, and along with my business partner Kevin, created my first wedding video company. Kevin and I grew up as next-door neighbors in the 80s and 90s, and when we discovered my parents' old camcorder in the attic sometime in the mid 90s, we became hooked on making Star Wars spoof videos and stop-motion creations with our action figures. That nerdy love of video continued throughout middle and high school, where we became known as the A/V nerds. I went to Oregon State to pursue acting and Spanish, and Kevin went to another college to pursue computer animation. When he transferred to OSU after a few years, though, we realized we were both in the same city, both had loads of free time, and both decided to pursue our often-joked-about idea of starting a video company together.

Fourteen years later, Steady State Studios is one of the PNW's larger wedding production companies, shooting between 75-90 weddings annually and employing up to a dozen people in our goal to produce consistent, clear quality in our photography and video. And while Kevin and I no longer make Star Wars mockumentaries together, we do help dozens and dozens of couples remember their special day in pictures and video each year.

Kevin and I filmed our first wedding together in 2007, and although we got off to a slow start (I think we did three weddings in our first entire year together), our company has snowballed, particularly in the past five years. Although we don't have an exact number, as our records-keeping in our early years was dismal at best, between the two of us, we've shot over 1,000 weddings in the past fourteen years.

While we can match our style to a couples' preference pretty easily, our default "setting" leans more toward documentary: fly-on-the-wall, blend into the background, observe & capture what's going on without being intrusive or noticeable about it. We believe that the most sincere moments happen when people don't realize they're on camera, and to that end we've learned how to create films full of authentic moments as opposed to staged smiles. Of course it's unavoidable, and even helpful, to have those scripted moments throughout the day, and if a couple truly wishes it, we can adopt the role of filmmakers, calling out specific poses and issuing directions to help create a more cinematic narrative of the day. But if you give us free reign, we'll spend most of our time in the proverbial shadows. One of the most common comments we receive is that a couple "didn't even know (we) were there!" Ordinarily that would be sad; nobody wants to be overlooked, right? But in this case it's the highest compliment we can receive.

While we're often willing to take on work even next-day if we're available (at least once or twice a year we have a bride or planner calling in a panic, saying their photographer or videographer had to back out last minute and please please do we have anyone available TOMORROW?), we recommend at least 8-12 months in advance, IF you're planning on having your wedding on a "prime" date. Any weekend, particularly Saturdays, from May through October tend to get snatched up pretty quickly with us. It's the middle of July 2021 as I write this, and already every Saturday of July 2022 is pretty solidly booked, some blacked out completely. The further in advance a couple is able to book, the more likely we'll be able to help out, but we're glad to assist whenever we have a crew available. For Monday-Thursday weddings, or off-season dates (November-April), we typically have a lot more availability and even a month or two is often enough to secure our services.

We offer a number of arranged packages, sorted by duration of coverage and number of shooters, but most of our couples' needs don't fall so narrowly into one of our pre-defined boxes. I tell couples to use our initial packages as a jumping-off point; find something that looks pretty close to what you're after, and we'll work with you to customize it to meet your precise needs. Our most commonly-booked package is an 8-hour option, often with videography and photography.

Sometimes yes, sometimes no. My business partner Kevin and I still lead shoot every day we're able to, but we also have three other lead videographers and six second shooters (not to mention our photography division) who often cover weddings for us. This allows us to do up to 4-5 weddings on a single day, and most weekends during peak season our crew is doing at least 3-5 weddings. We determine who is shooting a particular wedding by a number of factors, and we ensure that all of our lead videographers go through a strict training process to guarantee all of us produce similar caliber. I've been at this nearly 15 years and am not about to risk my reputation and livelihood on a random Craigslist hire (like so many of the big-box national media companies do).

How many operators & cameras are in use on the day depends on which package the couple decides to book. Our usual minimum offering is 1 videographer, 1 assistant, and 3 cameras (for the ceremony). Larger packages bring on a second videographer (for two shooters total), often times a photographer or two, and the cameras multiply from there. Our higher-end packages employ 6-7 cameras throughout the day.

Conditionally, yes. If your wedding is an hour-ish from Portland, OR, we don't typically charge a travel fee. For distances exceeding that, though, we sometimes do. This is on a per-case basis and this question is not interesting enough to write more of an answer for.

We employ a series of redundancies to ensure our footage is backed up physically in two locations (mine & Kevin's house) and across four unique hard drives, as well as online cloud storage. Barring the end of the world, it's theoretically impossible for us to lose a wedding. We take such extreme precautions because we take this extremely seriously. And because hard drives are so cheap these days, we keep storage forever. We have the very first wedding we ever shot back in 2007 still, and we'll keep yours on file and accessible indefinitely.

Our contracted, maximum turnaround time is 3 months/12 weeks after the wedding date, but we're often faster than this, especially earlier in our season. Weddings shot in May and June are often returned within a month. But as our season goes on, and the backlog piles up, we begin "falling behind" to our max time. By the time August rolls around and we've shot 53 weddings this season, we're working at capacity to ensure things are finished on time. We do have a couple of assistant editors who we sometimes need to call in to keep us on track; we'll do whatever it takes to ensure we're honoring our contract.

We used to send physical DVDs and BluRays of videos to couples, but fortunately that technology has largely died off. These days, everything is delivered online. We send you high-resolution digital files that can be downloaded to any phone, tablet or computer, and viewed on just about anything that plugs in. Way better!

Way too generous is what it is. While our contract states that anything canceled within 3 months of the date is non-refundable, I don't think I've ever stuck to that. When COVID rolled around and we had ~30 wedding cancelations in two months, we refunded 100% of the monies paid to us by every single couple. I actually dipped into my personal savings to refund people, despite not being legally obligated to, just because I felt so bad for everyone.

In short: our cancellation policy is laid out in our contract, but I'm a sucker for a sob story and will almost always refund at least part of the money, if not the entire sum. If your wedding is canceled literally two days prior and there's no chance of us re-booking, or especially if we've actively turned down other interested parties (and I unfortunately have to turn away a LOT of couples because we're so busy), then we're probably going to be keeping at least half, but no matter what we'll give something back. We're bad businessmen in that regard. 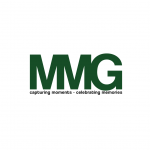 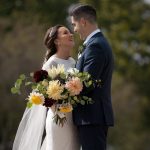 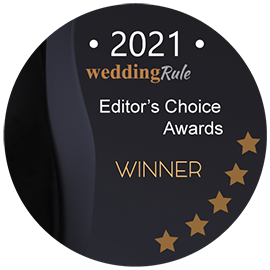