Hey I'm Tyler, the owner of Strata. I've been shooting wedding films since 2013 and I absolutely love my job! I've been shooting video since 2006, my junior year of high school, and I never looked back. I graduated from Penn State in 2012 (We Are!) from the College of Communications with a focus on video production and after a few freelance gigs with ESPN, American Idol, Outdoor Channel, and a few small production companies, I decided to do my own thing filming my love of the outdoors on the side of my regular 9-5. After filming my cousins wedding in 2013 as a favor, you could say things accidentally got a little serious for me in the world of wedding videography. Then, several years later, things got super serious and I quit a salaried video production job at a prestigious university to take on the video world! Now, I travel all across Pennsylvania and the East Coast with some of my best PA wedding videographer friends capturing the amazing love stories of adventurous-at-heart couples.

My style is rooted in capturing candid moments in personal, authentic, and captivating cinematic films. I try to not make any two films the same to make them match the couple as best as possible.

I dont offer actual packages as I feel that it limits the couple on their films potential. I start with a base package that gives them the essentials and gets them started, and then provide them with a list of upgrades to let them mold their package around their budget and their day. It's been super successful and a lot of brides really like the options.

If you book me, you get me. I typically will run 2-3 cameras depending on the venue. It's not my standard to include a second videographer, but I do recommend it in most cases unless it's a wedding with less than 100 guests. But even then it can make a difference!

My standard travel is within 200 miles of home. After that it is 50 cents a mile. Any out of state travel from PA is a $200 fee. I also ask that any weddings over 3 hours away provide overnight accommodations. If it is an early day AND a late night, I tend to split the two nights with the couple. Anything requiring airfare is charged to the couple in addition to the out of state fee, however, I don't charge for anything else in that case.

I send all raw footage to 2 other drives for 6 months and final copies go to the cloud for 1 year.

My typical turnaround is less than 3 months. I deliver the final film(s) on a video album playbook and digitally on a streaming platform.

As far as cancellations go, couples can cancel up to 30 days of the wedding for a refund of everything but the deposit. Inside of 30 days there are no refunds of any kind. 99% of the time, those are my policies unless there is some huge catastrophe within the family or bride and groom - I'm not a monster! 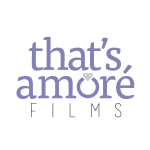