STAIY Tran’s family arrived in San Francisco from Laos in 1979, when she was just a year old, to live the American dream. And that’s exactly what Staiy wants to do.

Although affluent in Laos, Staiy’s family struggled in America. California was expensive, and good jobs were scarce. The family headed toward the Midwest, where jobs were more promising. They moved from state to state until Staiy was 5 years old, when her father landed a job in South Sioux City, Nebraska.

Loyal to their hardworking, traditional Asian culture, Staiy’s parents didn’t allow their daughters to hang out at friends’ houses, go to parties or attend other social functions. The girls found support in one another, and they got creative with entertaining themselves. Every Friday night, they played dress-up, put makeup on each other, and cut and styled each other’s hair. Staiy remembers sitting in front of the mirror with Cosmopolitan magazine, finding a picture of a girl and copying her exact makeup and hairstyle.

After high school, Staiy moved to Lincoln, Nebraska, and enrolled in the College of Hair Design, where she received her dual license in cosmetology and barbering. At this time, she’d had her daughter, Oki, and was pregnant with her son, Krew. She worked at a few salons, but building a clientele takes time. She had patience, grit and a strong work ethic, but she also needed to support her children. 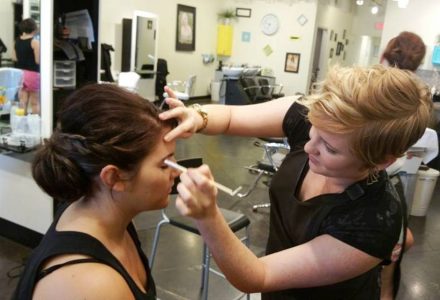 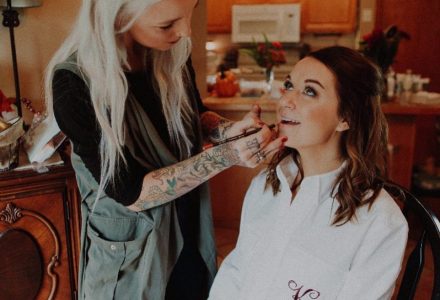 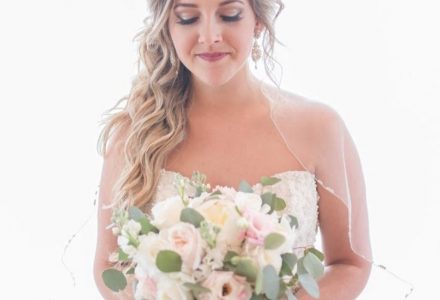