Nothing brings me greater joy than being a part of such a sacred and momentous occasion in a couple’s life. I am humbled when asked to officiate at a wedding as it is a honor that has been bestowed upon me. When I first became a Minister, so many moons ago, women ministers simply were not out there. The very first wedding I officiated at a nun came out of the audience and hugged me, congratulating me for being brave enough to be a female minister, and how much she admired what I was doing! I was literally shaking in my robes at that first wedding — there is also a story behind that! Soon after, I took a hiatus to pursue my legal career and accidentally fell back into officiating at weddings when my own daughter asked me to perform her ceremony! I was a nervous wreck! Try marrying your daughter without becoming a teary-eyed blubbering mass of nerves! It was 100 degrees that day, and I was also helping with the decorating, etc. We were all but soggy and whipped by time 6:00 p.m. rolled around. Regardless, I managed to pull it off, and yes, there was not a dry eye left in that audience when I finished. I think I was the only one who managed to hold back the tears. My business as an officiate once again took off.

II reside in downtown Charlotte, NC, in the heart of the city! I have been a hired speaker at events in the role of Executive Director of a N.C. commodity group, and have worked as an Alcohol and Abuse Counselor. I have also worked as a hypnotherapist having graduated from the only accredited schools in the USA. In short… I offer a calming space for my couples. 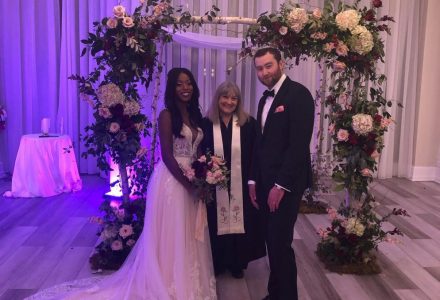 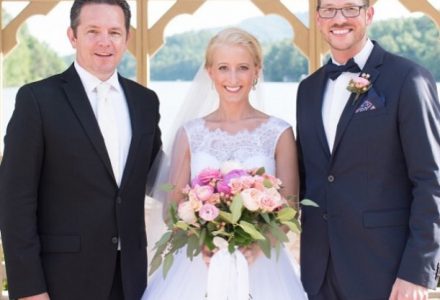